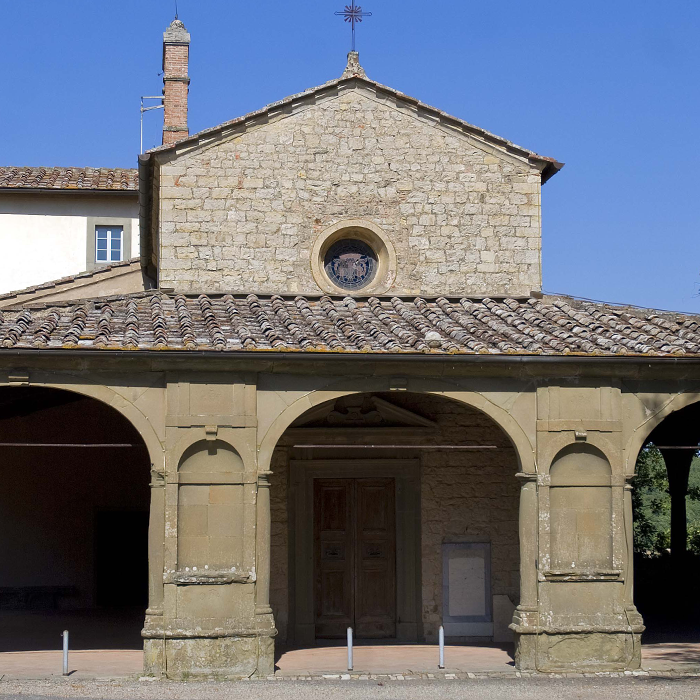 Visit to the Convent of Santa Maria al Prato, leaving from the village of Radda,
on foot or by bicycle; an easy walk or ride, suitable for anyone.

Starting at the Public Gardens, going along Viale XI Febbraio for about 300 metres you then turn right into Via Del Convento. Continuing along that street for 400 metres, you arrive in front of the Convent of Santa Maria al Prato.

This group of buildings has a truly ancient origin; in fact, it is in recorded in the 10th century as a destination of devotional pilgrimages as there is a figure of Mary that is believed to be miraculous; she is in a small chapel built above a “meadow” (prato in Italian) in the environs of Radda. With the passing of time, the small chapel acquired the title of church and in the 15th century it was mentioned among those belonging to the League of Chianti. An old chronicle of the Convent from the beginning of the 13th century reports that it is not known “why nor by whom, nor when it was built”. The complex that exist today is made up of buildings gathered around a small church preceded by a portico added during the renovation in the 18th century that concerned the entire building complex destined for a monastery.

The actual church proper has a gabled façade on which a portal opens up surmounted by an oeil-de-boeuf, and the inside is organized in the form of a Latin cross with one rectangular nave, at the end of which is the transept, covered by plastered cross vaults. On the high altar in stone there is a polyptych representing the “Madonna and Child among Saint John the Baptist, Saint Nicholas, Mary Magdalene and Saint Anthony the Abbot” painted by the Florentine artist Neri di Bicci, and dated 1474, which has recently been restored. On the right-hand altar there is a 19th-century handcrafted painting of “Saint Francis in Ecstasy”. There are also some other liturgical objects from the 18th and 19th centuries kept there, as well as some 17th-century vestments.

In 1935 the building complex was bought by the Province of Tuscany of the Sacred Stigmata of the order of the Minorites, and the Franciscans lived there until 1974; nowadays, the church belongs to the Venerable Brotherhood of Mercy from Radda in Chianti.

The adjacent monastery, after a long and careful renovation, has been converted into “Casa del Chianti Classico”. A small sensory museum regarding Chianti Classico can also be visited there.

Leaving the Convent, you go back towards the centre of town, going along the Santa Maria Ring Road. Skirting the stadium you can enjoy a beautiful view of vineyards and olive orchards. You arrive in Via XX Settembre and, turning right, you get back to the starting point in Piazza IV Novembre. 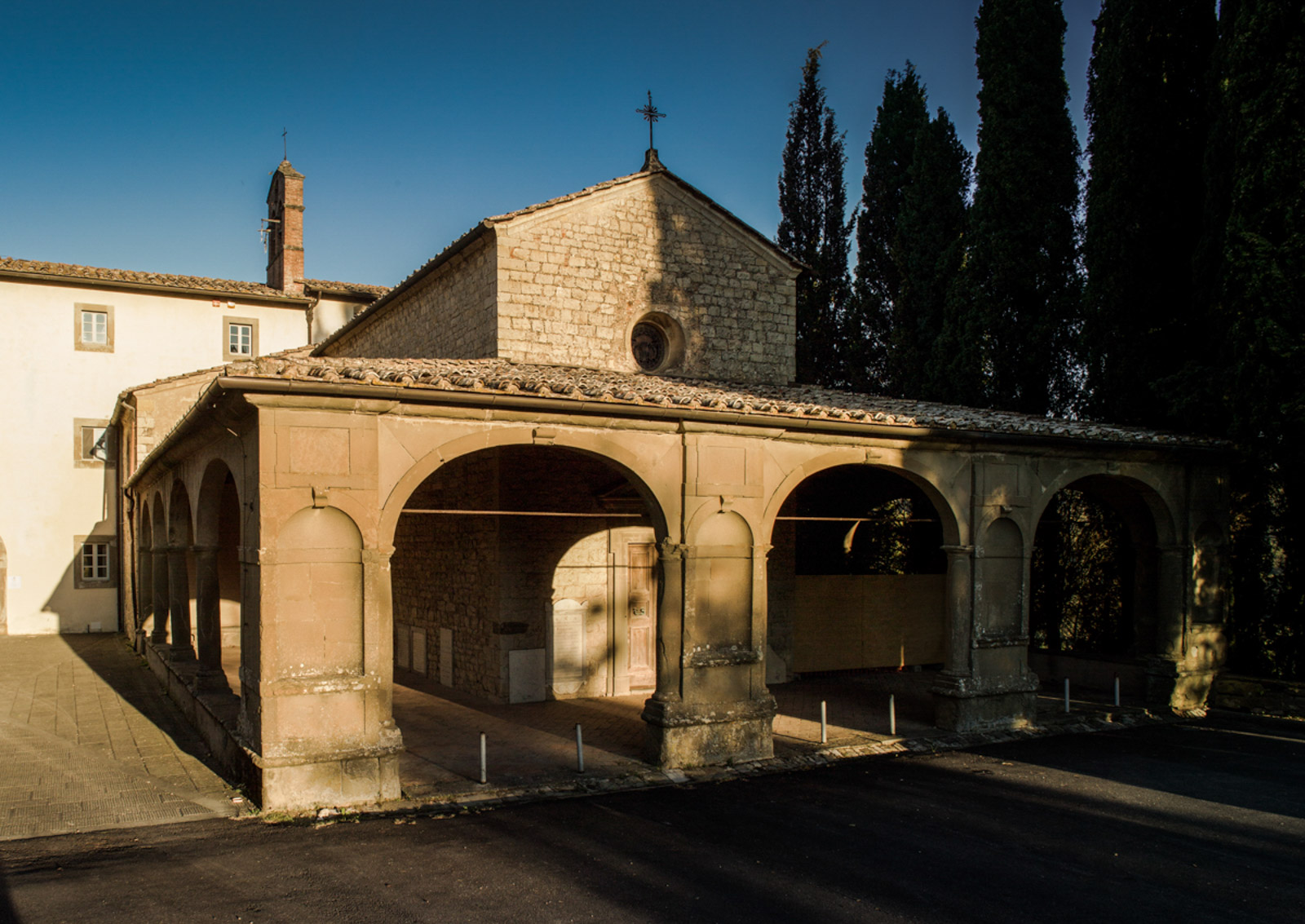 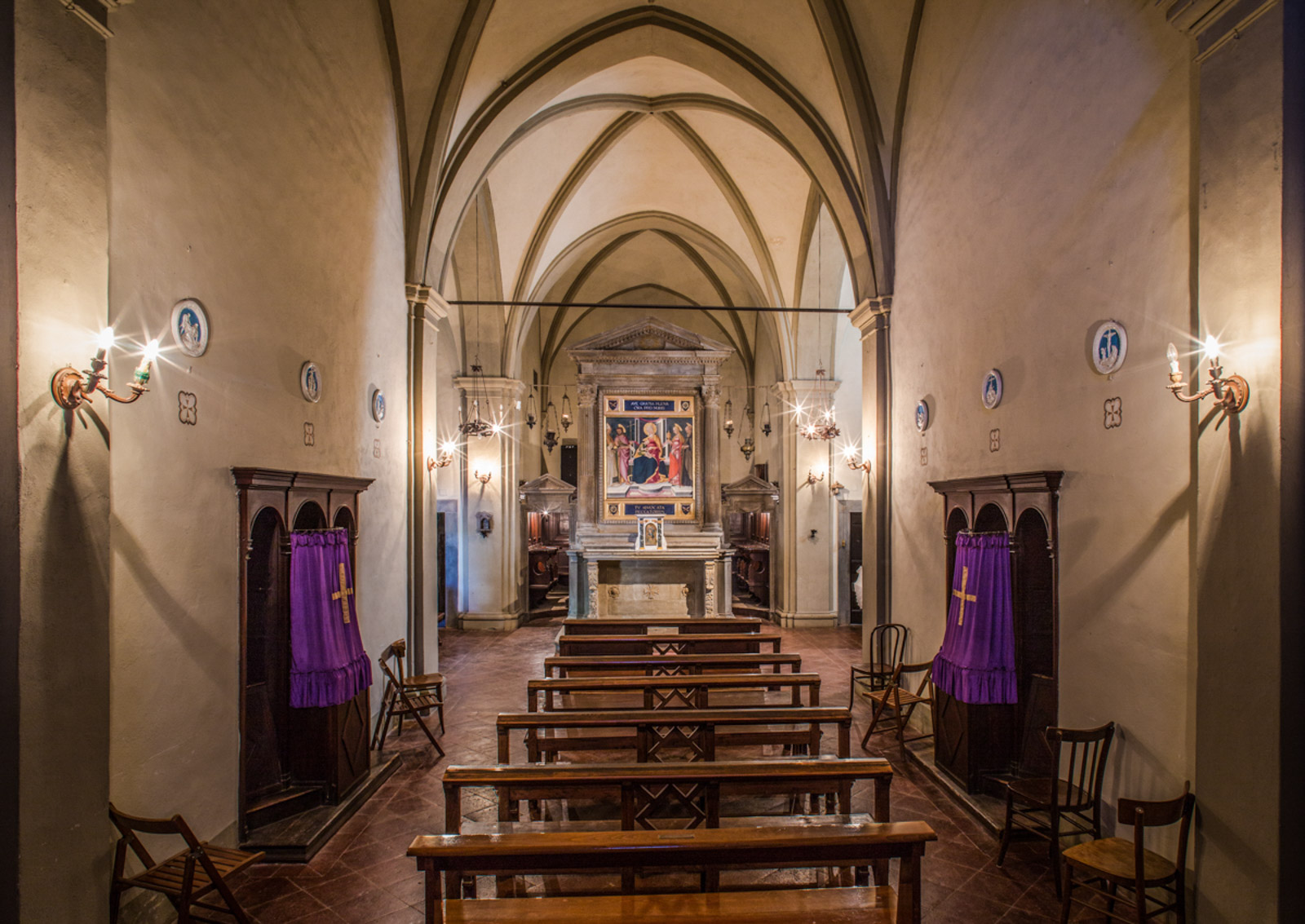 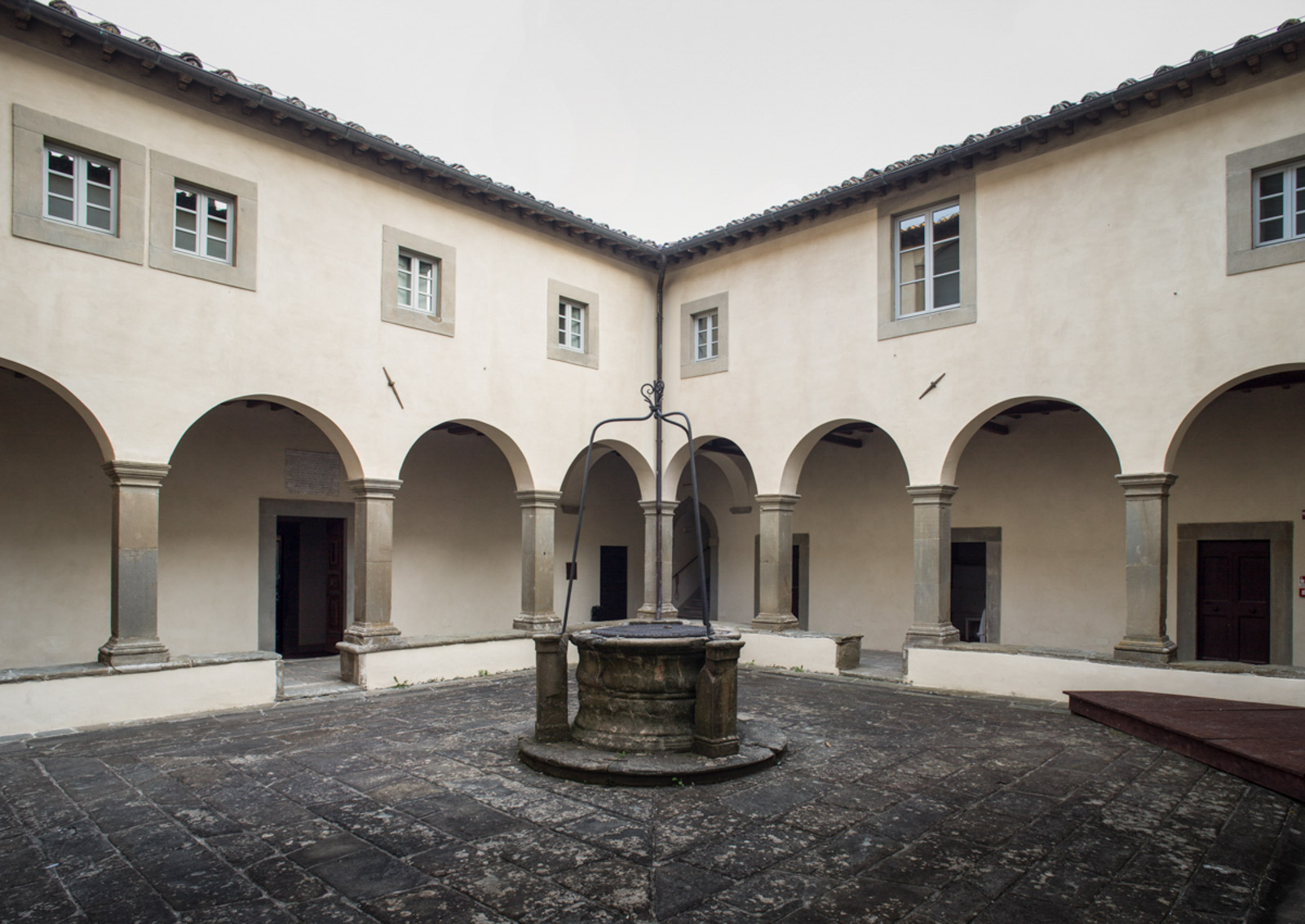